The Nelson School of Music building was designed by one of New Zealand’s foremost architects, Frederick de Jersey Clere, and opened in 1901.  The original building formed an important part of the early development of Nelson City and was a key cultural asset.  It is noted as having world class acoustics and is a recognised international venue for chamber music. It  is listed category 1 by Heritage New Zealand and group A by the Nelson City Council.

Over the years the building has been subject to a series of modifications of varying sensitivity.  In 1970 the building was strengthened in a brutal fashion – all external and some internal ornamentation’s removed and a series of ill proportioned buttresses and bond beams were added to the exterior.  In 1983 a new ill-placed foyer and secondary performance space was added.

In 2019 the project won a NZIA Heritage Award and an Award of Distinction in the UNESCO Asia-Pacific Awards for Cultural Heritage Conservation.  The UNSCO judges described project as bringing new life to a significant Edwardian landmark, was a model for others and it established a noteworthy model for seismic upgrades. 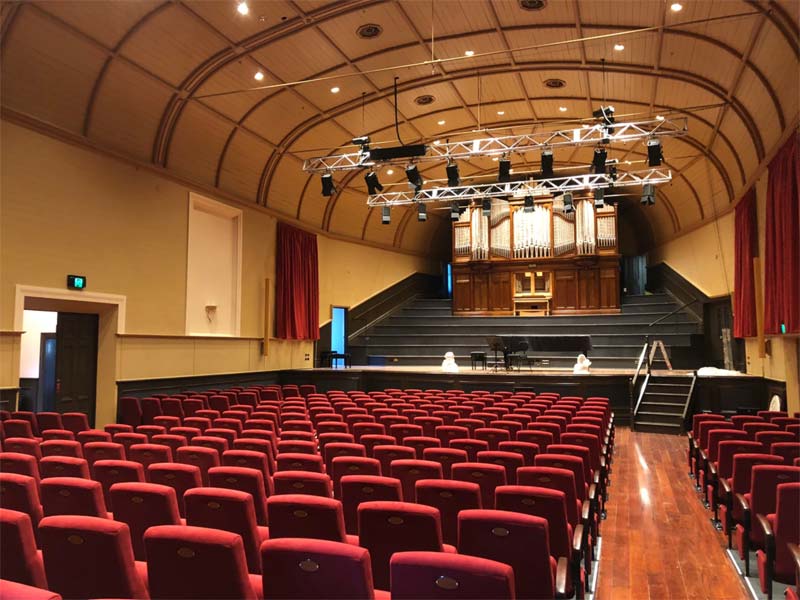