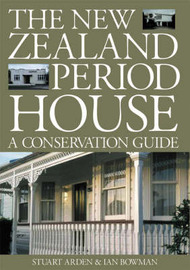 Notwithstanding the boom in inner-city apartment blocks, most New Zealanders still live in timber or masonry detached houses on sections of land that have a frontage to a street and a backyard. This basic model has traditionally allowed relatively simple alterations and additions to suit any changes in lifestyle.

However, the idea of heritage has grown over the years – that old house in disrepair is now appreciated and valued by our society. Home owners considering altering or upgrading their houses now try to retain heritage value while still allowing modern standards of living. This book looks at the restoration of the New Zealand house of all periods up to and including the 1960s.

It is divided into three broad sections: the first section looks at the development of the different period styles, the principles of conservation and deals with investigating what type of property you have and what state it is in; the second section deals with structure and exterior elements of houses and their repair; the third section deals with interior elements. There is also a glossary, reference list and a full index. 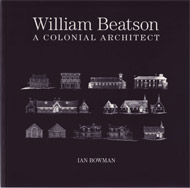 William Beatson was a London architect who emigrated to Nelson in 1851. He was trained at the Royal Academy, he was one of the first qualified architects “in a colony where every carpenter calls himself an Architect”.

After an unsuccessful venture into farming, he practised for the following 15 years where he designed many of Nelson’s first churches, commercial buildings, houses, and college. He brought with him contemporary ideas and standards of architectural design and construction in a period when most building was of an impermanent and makeshift nature.

The book covers his early training, contemporary architectural thought, the early settlement of Nelson, and the buildings he designed which helped established a sense of familiarity and permanence to the new colony.

Having been used to construction in brick and stone, he had to adapt to the use of timber. 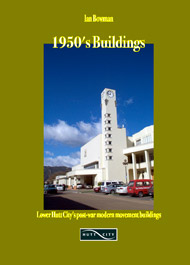 Napier has Art Deco, Dunedin has Victorian and Lower Hutt has Modern Movement. In this publication, Hutt City has recognised its unique contribution to the New Zealand architectural story.

With the huge increase in population immediately after the war, a number of New Zealand’s top architects designed the urgently needed housing, churches, factories and public buildings in latest European style of the time, known as the Modern Movement.

This booklet covers the background to the demand for buildings after the war, the key buildings, and main figures who had the vision to create a new city for new times.